Light on the Rock Blogs

The blogs are short articles, almost like a “sermonette” compared to a sermon. They are on a variety of topics, please enjoy.
Authors
Archives
Font size: + –
Print
9 minutes reading time (1769 words)

Where was our Messiah actually born?

How wonderful, though we know Christ was NOT born Dec 25th, how wonderful to experience the love of our Father to send His Son to be born as our Savior. We believe all the evidence points to his birth most likely being in the fall, probably either on the Feast of Trumpets or possibly even the first day of the Feast of Tabernacles, since John 1 says – in the Greek that he came to “tabernacle” (translated “dwell”) with mankind. The Bible simply does not specify the date when our Messiah was born.

But this blog is about specifically WHERE he was most likely born. Could the exact spot in Bethlehem have been foretold 700 years earlier?   I’m not the first to write about this. But most people seem to think he was born in a barn or stall and might miss a more interesting explanation.  There are also those who believe he was born in a sukkah – a booth – since they believe this was during the Feast of Booths/Tabernacles.  Of course others believe he was born in a deep cave, the site of the present Church of the Nativity - - a site chosen by Emperor Constantine’s mother Helena, centuries after the birth of Christ.  I’ve seen that spot within the church, and I don’t believe for even a minute that he was born on that spot at all!  They have a star shaped SPOT where they say he came out of Mary in birth.

There could be a scripture in Micah that actually tells us where he would be found at his birth.  And remember, everything I write here is geared to a FALL-TIME birth, not December 25th. In other sermons about the TRUE STORY of Jesus’ birth, I went into more detail on why I say in the Fall. So though we do not keep Christmas, we are delighted that God did send his Son to be our savior.

Now, where was he born in Bethlehem? Where more specifically?

Everyone knows he was born in Bethlehem “in a manger” – which refers to a food crib for animals.  According to Luke 2, Caesar had ordered people to go to their home town to register (the KJV “tax” is more correctly referring to a registration, as most other translations have it, and as the Greek word more strongly implies).  Usually just the males would have had to go, but since Mary was also a royal descendant of the house of David in her own right, she would have had to register as well.

Luke 2:1-7
“And it came to pass in those days that a decree went out from Caesar Augustus that all the world should be registered. 2 This census first took place while Quirinius was governing Syria. 3 So all went to be registered, everyone to his own city.
4 Joseph also went up from Galilee, out of the city of Nazareth, into Judea, to the city of David, which is called Bethlehem, because he was of the house and lineage of David, 5 to be registered with Mary, his betrothed wife, who was with child.
6 So it was, that while they were there, the days were completed for her to be delivered.
7 And she brought forth her firstborn Son, and wrapped Him in swaddling cloths, and laid Him in a manger, because there was no room for them in the inn.”

Note that Yeshua was her “firstborn son”, by the way. Mary did not remain a virgin! Scripture clearly states she had at least 4 more sons and at least 2 daughters (carefully read Matthew 13:53-56; Mark 6:2-3).  We know that James, the presiding elder over Jerusalem was his brother – the same one who wrote the epistle of James. (Please read Galatians 1:19; 1 Cor. 9:5).  Jude was also his brother. So Mary had a LOT of children.

Now compare Luke 2:6-7 to a prophecy in Micah 4:8, written 700 years before the birth of our Savior. We’ll read about the Tower of the Flock, the Migdal Eder as it is called in Hebrew.  You’ll find this very fascinating!

Hmm.  What’s this all about?  When the shepherds were told about the birth of Yeshua, the sign they were given is that he would be found in “swaddling cloths, lying in a manger” (Luke 2:12).  They were very aware of the Micah 4:8 and it says in Luke that they “came with haste”.  Why?

Micah 4:8 refers to the “Migdal Eder” – translated “Tower of the Flock”.  The lambs that were to be sacrificed at the temple were primarily raised in the fields around Bethlehem, which is about 4 miles from the Jerusalem temple mount area. It’s not far. The priestly shepherds would watch over their flocks destined for sacrifice from the Migdal Eder, the “tower of the flock”.

The  priestly shepherds were careful when a lamb was birthed in the lower areas of the Migdal Eder (tower of the flock) to wrap the newborn lamb in swaddling cloths to keep it from being marred in any way, so it could be used as a lamb sacrifice. Then they’d place the newly wrapped lamb into a feed stall (manger) nearby until it settled down. Then once calm, they would carefully put the newborn lamb with its mother. They were careful to not mar or harm the lamb in the any manner so it could be sacrificed for the sins of the people. Remember sacrificial lambs had to be without spot or any issues.

Back to Micah 4:8.  Priests were aware that Micah 4:8 was a Messianic prophecy.  Their new ruler would be born in the Migdal Eder (THE tower of the flock) and from there – as it goes on to say in Micah 4 – he would eventually set up his dominion and kingdom!

So when these priestly shepherds were told the newborn Lamb of God would be found in swaddling cloths in a manger, they knew where to look – the Migdal Eder – and there they found him, as the angelic messenger had foretold!  Remember they were told the One born that day was their promised Messiah (Christ, meaning “anointed one”), the Lord.

Luke 2:11-12
“For there is born to you this day in the city of David a Savior, who is Christ [Messiah] the Lord. 12 And this will be the sign to you: You will find a Babe wrapped in swaddling cloths, lying in a manger."

Remember that the original “city of David” was Bethlehem.  It was only later, when he became king of Jerusalem, that the ancient city of Jebus (Jerusalem) was called the “city of David” also. The shepherds were beside themselves with joy – their SAVIOR had been born, right where they expected him to be, in the Tower of the Flock as Micah 4:8 had foretold.  They found Him in swaddling cloths – just like the newborn lambs destined to die as the sacrifice for sins were wrapped in swaddling cloths.

Bethlehem has other significant connections:

Genesis 35:16-22
Then they journeyed from Bethel. And when there was but a little distance to go to Ephrath (Bethlehem), Rachel labored in childbirth, and she had hard labor. 17 Now it came to pass, when she was in hard labor, that the midwife said to her, "Do not fear; you will have this son also." 18 And so it was, as her soul was departing (for she died), that she called his name Ben-Oni; but his father called him Benjamin.
19 So Rachel died and was buried on the way to Ephrath (that is, Bethlehem).
20 And Jacob set a pillar on her grave, which is the pillar of Rachel's grave to this day.
21 Then Israel journeyed and pitched his tent beyond the TOWER of EDER.”

David was a shepherd. Though the temple had not yet been built, is it possible that David also shepherded flocks whose lambs would be offered at the Tabernacle? I think so. Have you thought of that?  That inspires me, that a future son of David – the Lamb of God – may have been represented by lambs David watched over. We know for sure that after the temple was built, the lambs from Bethlehem definitely were the ones used for temple sacrifice – and they all pictured Yeshua. Could it be David used this very watchtower to watch over his own sacrificial lambs – depicting “The Lamb of God” yet to come (John 1:29)?

Watchtower. It was a great place to watch the flocks and see any dangers approaching. From the tower they could also observe the road from Jerusalem, to see who or what was coming down the road. Yeshua is our watchtower. HE is observing his flock very carefully. I think it’s very significant that he very, very likely was born in this very watchtower – about 1000 paces from Bethlehem, in the fields. How beautiful.

So even though many of us do not participate in Dec 25 festivities, due to all the reasons I’ve spoken on before, I thought it was interesting to learn about Micah 4:8 and I hope you found that interesting too.  And yes, I do praise our Father in heaven for sending His Son to be His Lamb to be sacrificed for all of us, to take away our sins.  IN his blood was the antidote for the curse of sin – from Adam to our own sins.  Yeshua probably was born in the Autumn.  And praise you Yeshua, our wonderful brother, our awesome Friend, our King and Savior and Redeemer, thank you for being willing to be our sacrifice to remove our sins. Thank you. Thank you.

Here's a picture of the Migdal Eder outside Bethlehem. 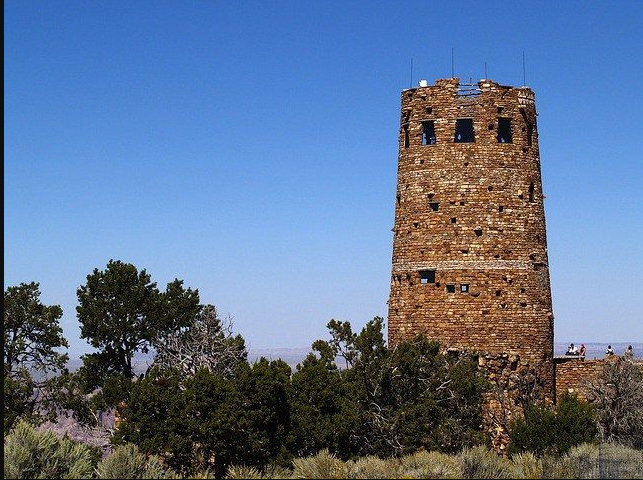 Do you know the real Mary, mother of Jesus?
The 2 Witnesses: two people or groups? Revelation...

Our focus has always been on the Rock (who is Christ) and on the Light of the world (who is Christ), and on our heavenly Abba, our Father.  So this site is not about us but the website software requires some kind of bio. We felt led in 2004 to share Bible studies with others and to help people whom God was calling to come to their Messiah, and this website was born.

Philip was ordained in 1976 and has served sabbath-keeping congregations in Canada and the USA. He runs his own long-term care insurance agency along with his wife, Carole. Philip and Carole met in 1971 and have been happily married since 1975.  God has blessed them with three children and a total of SEVEN grandchildren:  5 in FL and 2 in WA.

Philip lives now in Leesburg, FL so they can be closer to their four grandsons and 1 granddaughter and his second daughter and her husband.  Philip and his website also support a group of 28 orphan children in Kenya.

We have 83 guests and no members online